Here is a Little Video I put together of the Trak T-1600 Surfing in Tophino.

Down To The Wire Take Off To NZ

The transmission on my car in Canada jammed up on me, back in may, 2 days before I flew out to Norway. Now 3 months after, a new transmission being placed in the car, the transmission is playing up again. Due to the fact that I will be in NZ for the next 6 months and the warranty on the tranny will expire before then, I needed to get the car to the mechanic so they could fix the problem. However I had 24 hours till I flew out and needed to get the car back over to Vancouver from Vancouver Island. The good thing is, I needed to get over there for my flight. The bad thing is the car needs to get back to Vancouver Island for storage and I will be gone.
Thanks Karin, Kerry and Joslyn in Cumberland for offering to pick it up from the mechanics when the tranny is done and letting me store the car at their place, and of course they are free to use it!
Yesterday, Saturday, I went to the Nanaimo paddlers Christmas party (www.nanaimopaddlers.org), and meet a bunch of new people, and some old friends. We exchanged gifts, ate and sang some songs. I meet a great guy randy, who makes Greenland paddles). After talking to him for awhile about the NZ trip and his paddles, Randy ended up gifting me a paddle. I was gob smacked by the gift. I would love to be able to take to NZ with me to paddle, however it won’t be possible, so I look forward to getting back to BC and using it next June. Thanks Loads Randy! www.vipaddles.com
After storing my personal stuff, in the basement at my dear friend Lyn Hancock’s, I loaded up my car. Lyn is a friend and mother figure for me in Canada, she is an amazing woman who has travelled the world and lived with and raised many amazing wild creatures, and has written 22 books as well as thousands of travel articles. Thanks Lyn for storing my gear, kayaks and for the support and inspiration, over the years! www.lynhancock.com 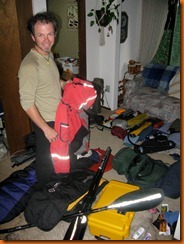 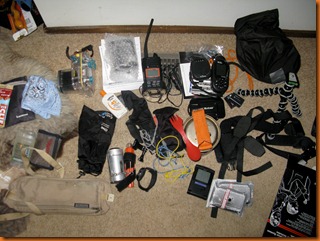 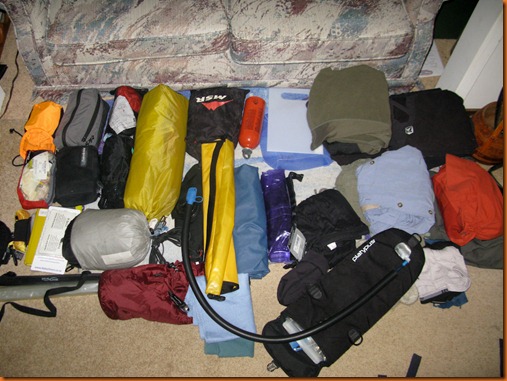 With the Trak Kayak, my big bag, my paddle bag (loaded with laptop, Lendal Paddle, extra camera gear, clothes and snacks) and my wheelie Storm case with all my electronics in it all piled in the back of my station wagon I zoomed to the ferry terminal (tranny playing up a bit as I went). I got to the 7pm sailing and was to meet my mate Jason on the other side and stay with him in Vancouver. When I arrived at the other side I parked my car in the village and started reading the new wave length kayak magazine I got (www.wavelength.com), next minute there is a knock on the window.
A Police man stood at my window, my heart sank, my insurance had expired and I hadn’t had time to renew it and was planning on doing it the next day on the way to the mechanic, but no. I ended up with my car towed to North Vancouver and impounded until I got my insurance. Shit! 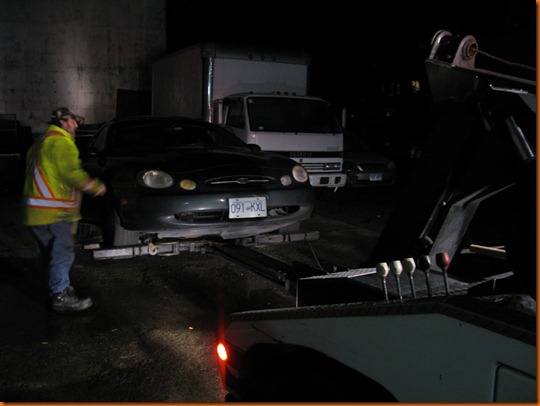 It could have been worse I could have had my car impounded for 7days and given a $600 fine. I got away with an $80 fine and a tow fee. Thanks Mr. nice police man. Jason picked me up and we went out and drank and talked to the early hours of the morning. The conversation consisted of life philosophy, woman, outdoor passions, relationships and how it all mixes. Very deep and endless!
Tired and groggy we awoke this morning after 3 and a half hours sleep, and casually (slowly) got to sorting out my car. First step was to find a broker that was open on a Sunday, then pay for new insurance for three months, then go back to the car yard, post bail on the car, drive back across Vancouver city, drop the car at the mechanics, put the key in an envelope through the mail slot. After a load of driving, Jason helping by driving me around and then picking me up at the mechanics, We went for a great Falafel Kebab, then he took me to the airport and said goodbye till next summer. 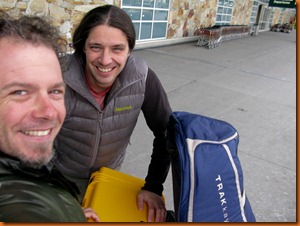 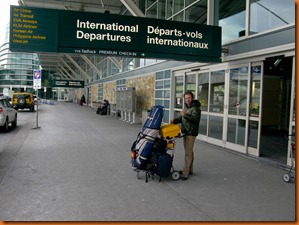 Thanks Jason for all your help. Jason is an Alternative Energy engineer who does house installments for better heating and cooling systems. www.stage3renewables.com

The next adventure today was my baggage. I had two check-in pieces with me, but needed to get more gear in LA when I stopped over there for 4 hours on the way back to Auckland. So I would have to pay $225 for the third bag, and it could be overweight and oversized, which worked great as on Air Canada and Air New Zealand (whom I was both flying with) the Trak kayak was both of those. So I hoped I could declare the bags now, pay for the Trak Kayak as the third check in and avoid the other $100 oversize fee, then put the new check bag with gear from sponsors, in at LA.
Ahhh, of course! The way my 24hours where going, that wasn’t to be. They couldn’t check and invisible bag and they couldn’t turn a blind eye to my oversized Trak bag, despite trying to discuss several alternatives and explaining what I was trying to do. UGH! So $100 bucks more down.
The flight to LA was painless and I walked out into rain in southern California, and the big grins of my friend Kelly Schaefer and her mum Laurie. I meet these two as clients of mine down in Belize at the start of the year, and they allowed me to post stuff to their place in LA, so I could pick it up on the last day on the way to NZ and avoid import and extra shipping costs to Canada (however these savings may have been countered by the extra $225 third bag fee?). So I jumped into the car with the girls and headed out for dinner. The back of the SUV was full of boxes!! Christmas early for me!

There was a big Box of Kokatat Gear (www.kokatat.com), Joby Gorrillapods (www.joby.com),Solar panels from Power Film www.powerfilmsolar.com Go Pro Head cams and attachments, all of whom had offered great support for the upcoming trip and sent out appropriate gear. There were also, extra hard drives for storing footage and photos, as well as a solar energy storage system. So after a great Mexican dinner, there was a great box unwrapping and gear unpackaging, inside the SUV while it rained all around us. It was fun to pull all the new gear out and see it briefly, before shoving it in the big folding pack I had brought with me carry on. 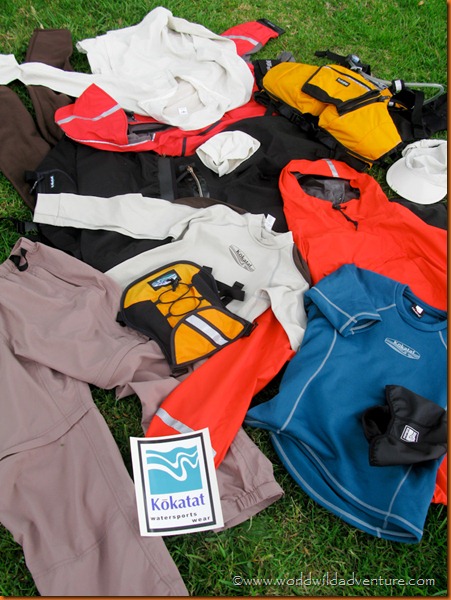 Suddenly I realized; as all the boxes emptied their contents, that unfortunately, what wasn’t there, was the HD video camera and underwater dive housing plus extra tripod mount systems I had ordered. Ahhh crap! I am now not sure what to do. It will arrive eventually, and either I will ask the girls to send it to NZ after taking all the packaging of it all, so it appears used, and hopefully avoid customs. Or get it posted to Arizona where Dave can pick it up and bring it with him to NZ in two months, and I find a replacement in NZ till then. HMMMM. Thanks Again Laurie and Kelly for the postal drop, Dinner and the friendship!
Back to the airport, I went and checked in my new bag, and to my amazement got billed $50 for the bag, yes finally a break! Oh what, not to be. A nosey head of department, noted I had already paid for another bag and so this bag, must be charged at $175!! Oh come on piss off. I tried to be polite and get out of it, but he was having none of it!! My boyish charm and accent doesn’t work on middle aged fat American men. Grrrr!
Ok so the bank book took a major hit today.
$60 ferry ticket for the car I didn’t need to bring over if not for the tranny.
$80 police fine
$180 tow and storage fee
$250 insurance I don’t get to use
$100 oversize luggage fee
$175 extra bag fee
$885 Canadian down and out!!
SHIIIEEETTT!!
Let’s hope I can get through NZ customs without paying any fees!
I boarded the plane from LA at 10pm and now sit, cozy in my exit row set with tones of leg room, and prepare to watch a couple of movies then sleep as much as I can before my 8am arrival in Auckland city on Tuesday the 7th Dec. Man, I even lose Monday on this trip!
I am very thankful for friends and Help. A project like this would get nowhere without all the great people I know that have helped me get it together, and have believed in my ambitions and have helped counter all the hardships that other people throw at me (though not maliciously).
THANKS EVERYONE!!

We are stoked that the great NZ company Paddling Perfection, who makes some of the best boats in the country, is sponsoring us two Kevlar “Sea Bear Waitoa's” for our  “Kayak Down Under NZ 2011 Expedition”. Thanks Karel and the crew who are making our boats right now.

A highly stable craft, the SEA BEAR is a great all-rounder when it comes to expedition sea kayaking. It begins with remarkable workmanship that produces a very sea-worthy craft that provides an ideal platform in rough or challenging conditions. The SEA BEAR will reassure you that you will be able to complete your plans for the day and reach your destination in safety. Ideal for camping trips or expeditions on lakes or sea alike. the SEA BEAR is the pedigree blue-water tourer's choice. Some other sea kayaks might be faster, although the SEA BEAR is no slouch, however, the conditions sea kayakers face are many and varied so they appreciate a versatile kayak that performs well with a generous payload (145kg). The SEA BEAR fills the bill in this regard and quickly becomes 'a comfortable home' to the expedition sea kayaker.

Can’t wait to get them out on the high sea’s!

I sleep tonight in the back of my Station wagon, outside the ferry terminal to Vancouver island and it is near freezing, as the recent snow fall, still has remnants on the ground. With my folding Trak kayak atop the car, and I, a ferry boat ride away from a comfortable sleep in a house, am jammed amongst the boxes of my stuff I retrieved from my ex's place in California.
The last couple of weeks have been spent journeying south along the length of the USA, to clear up and finalize some unfinished business with my best friend and ex fiancé, who now lives in Merced California. It was an emotional time, raising issues of me leaving her for my “crazy dreams of adventure”, I feel I can’t do while staying with her, and my desires to be with her and live our love.

or check out the Kayak Down Under New Zealand Blog site 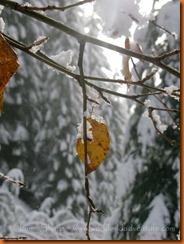 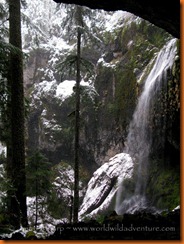 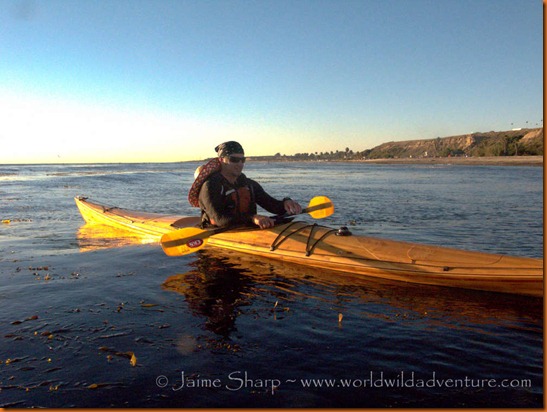 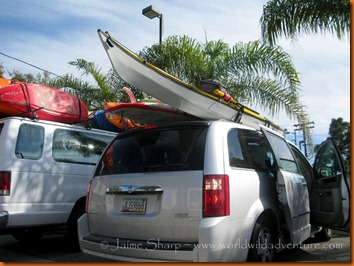 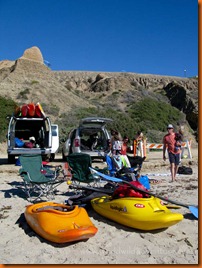