Adventure Kayak Magazine Early summer 2013
I got this photo published in Early Summer 2013, it was taken on a trip in the Broughtons in BC Canada. 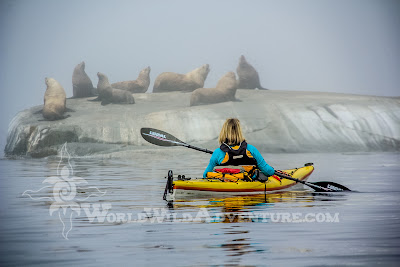 
Friday, March 09, 2012
THE story of a katipo spider bite on the leg of an ocean kayaker at Mahia in February last year is reported in the latest issue of the NZ Medical Journal.

The venomous bite resulted in an early-morning emergency rescue after Jaime Sharp, 29, of Hastings was bitten while resting from big seas at Pukenui Beach near Mahanga.

Mr Sharp was midway through an ocean paddle down the East Coast of the North Island.

He spent two nights in Wairoa Hospital, where he was treated with an antidote to the katipo venom.

Doctors Lucinda Thatcher and Ron Janes, of Wairoa Hospital, said in the journal it was only the second reported katipo bite since 1951.

They cited a review that year in the journal by R.W. Hornabrook, which found that before then, 22 cases of katipo spider bites had been reported, including two deaths.

But at least he didn’t suffer the fate of the only other recorded katipo victim of the last 60 years — a Northland skinny dipper who was nipped on the penis by the venomous native, which had apparently nestled in the man’s pants left lying in the sand dunes.

He took a nap in the dunes and woke to find his penis “swollen and painful”, the New Zealand Medical Journal reported in 2010.

One of the doctors in that case told the New Zealand Herald at the time: “It was a rather nasty, ill-placed bite.”
Article in Gisborne Herald Here 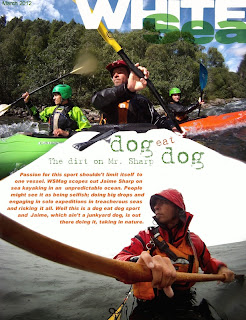 see the rest of the article Here


or whole magazine at http://www.whiteseamag.com

"On a Yak About the World".  Thank you Jaime for your excellent slideshow presentation on November 3, 2010. It clearly demonstrated a new way for people to explore their passion for kayaking and travelling the world. Back packing a kayak is a brilliant idea and  the tales you shared along with the videos totally captivated the audience. It was amazing how well the Trak T-1600 performed in big seas, strong currents and crashing surf.  Did you notice how the members took a real interest in exploring the folding kayak? I would like take this opportunity to wish you good fortune with your endeavors and to invite you back to present to our club in the near future. Members of the Nanaimo Paddlers have requested your blog site and would like to follow your  kayak adventures in New Zealand. By Gloria Martens, Program Coordinator for Nanaimo Paddlers
www.onayakabout.blogspot.com
www.kayakdownundernz.blogspot.com


2010 Rbnett.no Newspaper, Norway
Here is an article I appeared in with my work on developing and running a trip in Molde, Norway in 2010. it is in Norsk however so good luck reading it!

Links:
To my blog spread (in translated english)
http://worldwildadventureexp.blogspot.com/2010/08/turns-onoff-jquery-animationsjquery.html
To the actual newspaper article
http://www.rbnett.no/kortreist/article256877.ece

Wavelength Mag Canada Winter 2009
Pages 42 - 43 have the article that I appear in, quite a funny read, and I strangely enough have still yet to get past the cross roads of my life. Nina and I have parted ways but haven't run out of love for one another. I can't settle untill I have forfilled some majour adventure needs in life. Wavelength Magazine Winter 2009