A Christmas Tale Retold After 10 Years of Belize 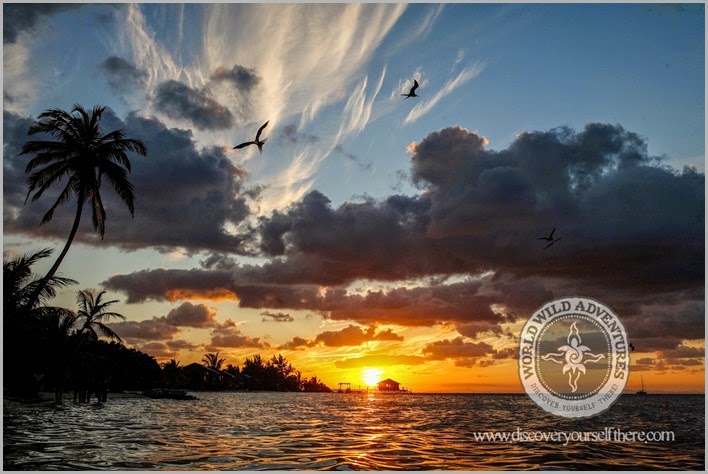 It is Christmas Eve and I lay in my tent camped on the edge of a whitewater river in the jungle of Belize with my clients. It is now ten years on since I first came to work  here in Belize, and I find it just as alluring  now as I did then ( though perhaps a dab more normal than I thought of it back then). Sleeping in the jungle with the sounds of the multitude of life around me, the stars twinkling above me and the roar of the rapids on the river next to me; I am brought back to a group email ( no blog back then) I first wrote of this experience back in 2005. My words then echo now in my mind as I sit being present to what's around me. I have included my old email below along with some photos I have taken over the years in Belize to accompany .
I hope you all have a great New Years and... Keep exploring. 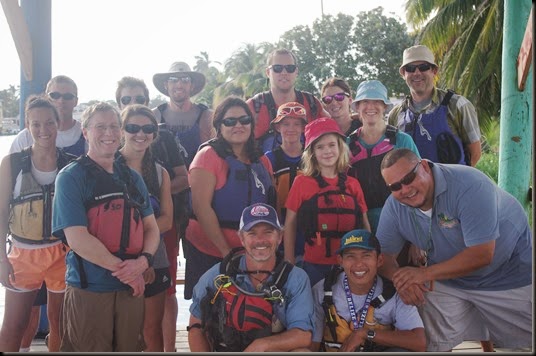 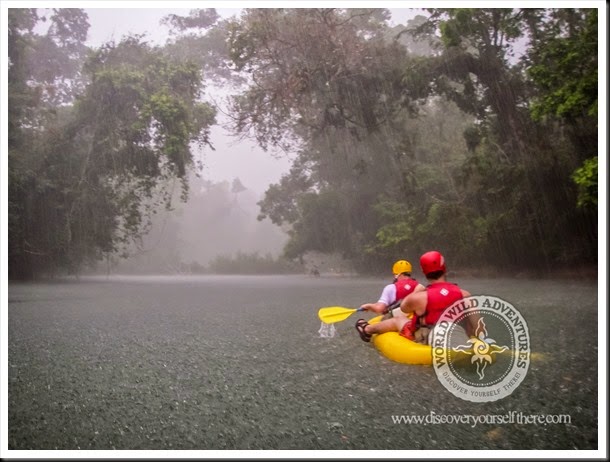 Dark, wet and moody Jungle, where the rain falls so hard and for so long the ground pools even when it’s flat. The air itself becomes wet and the jungle rings with the noise of drumming everywhere. It stops suddenly, just as it started, though what is left now are the heavy drips that build from the upper canopy, drumming all the way down till large droplets strike the sodden earth. Now the sound of the river returns, a constant buzz from the nearby rapids, the frogs start calling and singing, the jungle is now alive with a new kind of music, and overture of tones and harmony that clutter, yet give symphony. A toucan flies across the gap made by the river winding through the jungle.

We are camped out on the side of the Moho River, in southern Belize's Toledo district. This trip is a four day journey through the jungle via the Moho, which runs a path 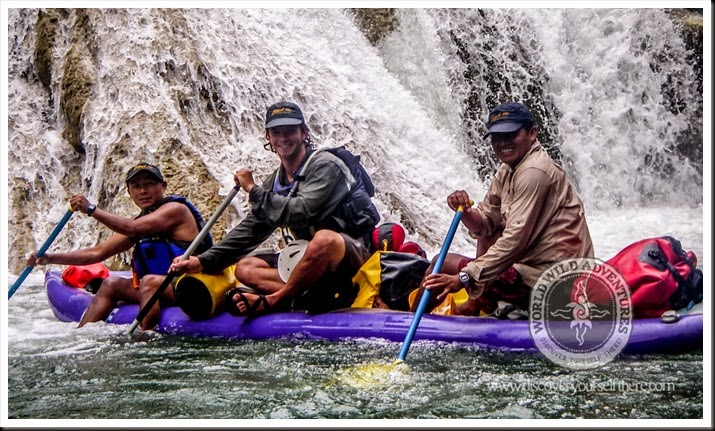 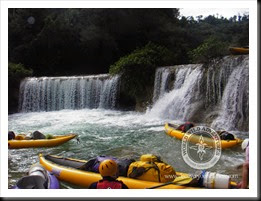 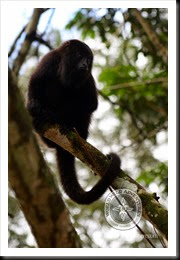 That leads to 5meter pool drops and an assortment of shoots, just to add excitement to the otherwise tranquil setting. We travel on inflatable two person rafts or kayaks, sometimes known as duckie's, they are stable and durable, and thus we can let our clients captain them without a guide, after a little lesson of course. All around us is life, howler monkeys in Ceiber trees, four eyed grey opossums who come to see who is in their territory at night, multitudes of birds, from eagles to Grackles (a type of black bird), to Oropendulas with their TUI like calls (for those in NZ), to the tiger Heron, who has a call a little like the gentle rumbling snarl of a tiger.

Boy I am humbled by the beauty and magnificence of this world. The two Mayan guides I work with, Pedro and Camellio, live in such a simple way and are so in tune with and knowledgeable of, the jungle we travel in, that I feel like an alien on an in hospitable planet, though boy I am super happy to be here. 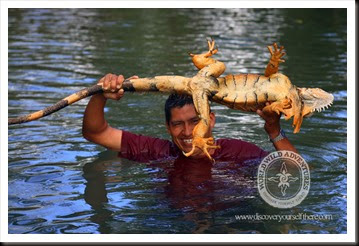 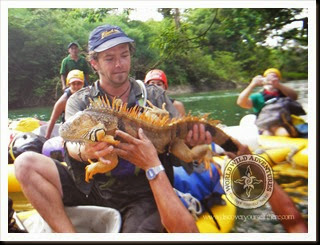 Pedro is teaching me how to catch Green Iguana from the kayak. The iguanas hang out on trees along the 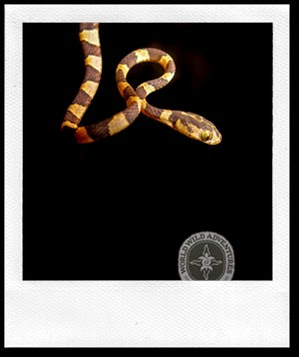 river and when you surprise them on low branch they leap into the water. The trick is to paddle up slowly with your PFD of and as the jump you jump in after them, grabbing them by the tail until they stop spinning then they just relax until you let them go, quite amazing. I have not yet caught one, they are dam fast.

I found an amazing snake (in fact I found a number of them over the week), called the blunt headed tree snake, delicately long and super thin, it is a striking creamy white with large terracotta orange bands on it, its cat like eyes give away that it is poisonous, though it is extremely docile and even if it did bit it mouth is small and its fangs at the rear of the mouth (the specialises in eating frogs and their eggs, as well as insects). This particular Snake curled around one of my fingers and made itself at home staying there for 20 min's until I encouraged it to move to a tree. 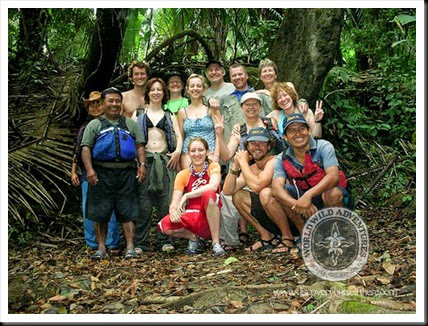 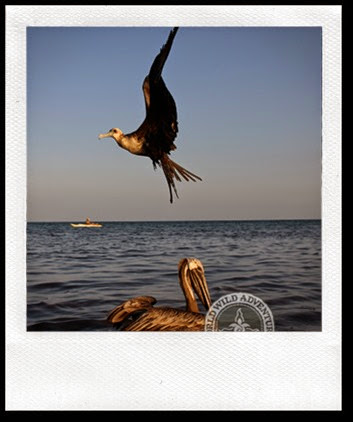 Previously the trip starts on the ocean out on the Caye's (the name for the islands here) on the barrier reef of Belize (the second largest in the world). Here the sand is white and he water is warm and clear, the snorkelling great, eagle rays, morays, sea turtles and sharks, not to mention the multitudes of fish species found amongst the coral. Out here on the Caye's( pronounced Keys), brown pelicans dive for fish along with yellow and blue footed booby's, who in turn get harassed by frigate birds for their food. The frigate cannot dive for its own fish, due to the huge wings and little body, though it must resort to piracy.

On some of the Caye's live spinney tailed iguanas, a lot more ferocious than the green, however I did catch one (see attached photos). Out here we kayak from key to key or patch reef to patch reef, snorkelling and eating and drinking, catching seafood when we can. The kayaks are also set up with a sail so we can sail when the trade winds are blowing. Out on the Caye's I think of myself as more of a snorkelling guide, as that's what we do mostly, so it is very cool to spend so much time in the water and getting to know the foreign fish here. 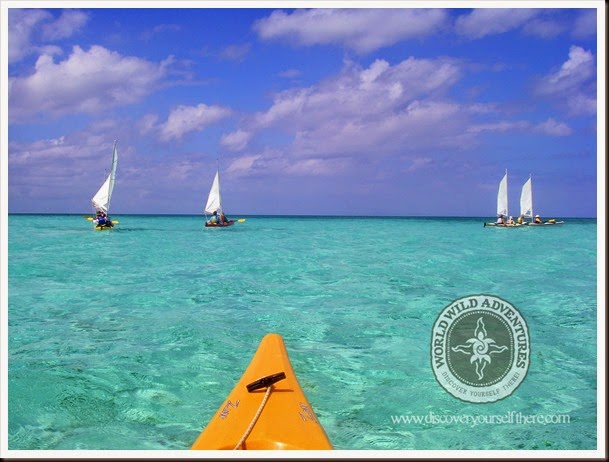 However this place is amazing and has so much potential, the people are very friendly, though can be quite in your face sometimes. The Mayans further south, are simple and quite, living of their farms as they have done for centuries. It is interesting to live in a country with so much ethnic diversity, Creole, Garifuna, Mayan, and Mennonites, all different languages, and culture, though one nationality.

Any hew; I am great, merry Christmas and happy new years to you all. 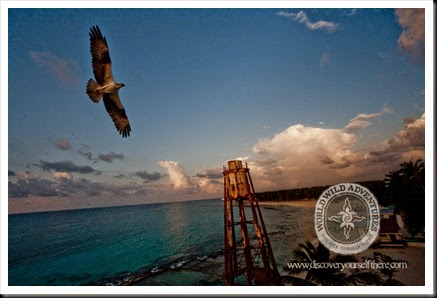 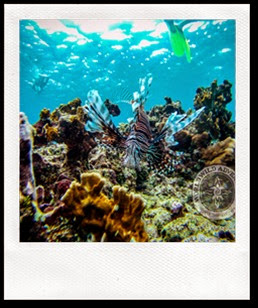 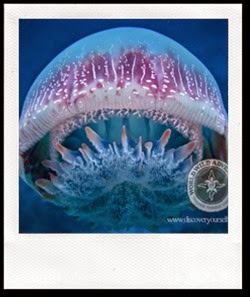 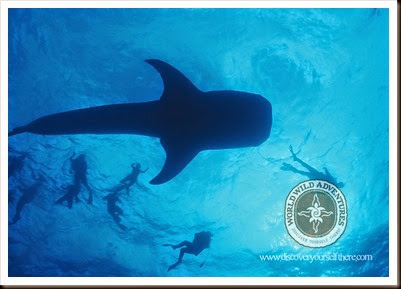 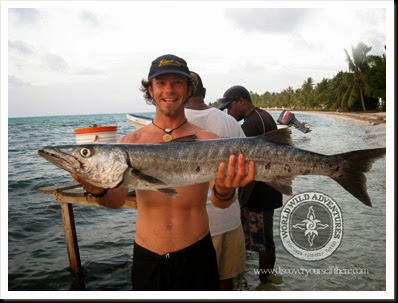 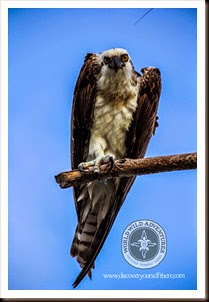 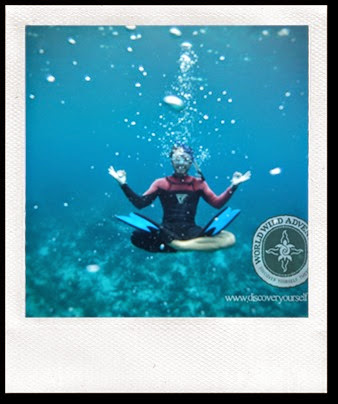 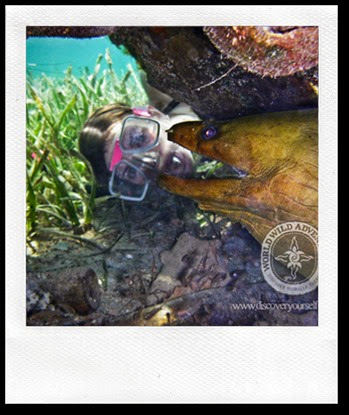