Message:All good and on the way 2 Quebec city

Every day is an Adventure. Share Yours.
http://www.findmespot.com
Posted by Jaime Sharp No comments:
Email ThisBlogThis!Share to TwitterShare to FacebookShare to Pinterest

June 2012 “The TRAK Files” Filming in the surf, Tofino 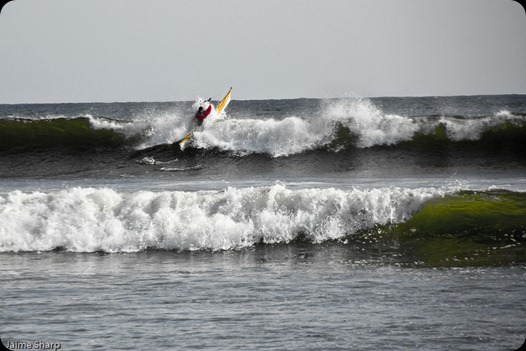 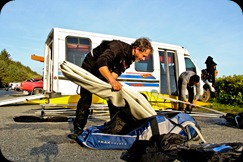 I headed out in the newly Set up Wagon to Tofino on Vancouver Island, the goal was to film the TRAK’s In action in the surf, I had a couple of Friends lined up ( Ben Doffe and Liam McNeil) to have some fun and the surf was co operating having some steady sized stuff rolling in. The wind on the other hand was not in favour, and was blowing 20 knts cross shore most days. though we certainly had some fun! good surf, some good air, and some good laughs.

I also tested out the P and H Delphin as a comparison to the TRAK folding Kayak, I loved the outfitting for the seat in the boat, though apart from when it is on a wave (where it’s planning Hull makes it super fun) it was an absolute pig to paddle and very unresponsive to lean turns. I was not a fan and felt it was far to specialised and not diverse enough. Read more of my experience with the Delphin here.

The TRAK surprised everyone who paddled it with its ability to surf and be nimble and quick, the only up set was the lack of solid white water style thigh braces, and appropriate hip padding. I am working on some options for this, and one is the adjustable wrap hip pads from Nimbus Kayaks, they fit the TRAKS perfectly and are easily added and removed and adjustable. I will look into thigh brace options later.

Ben was first up and we hit the surf for about 4 hours, the surf was about 7meters in the morning and we got some solid drops and rides, as the afternoon progressed the waves got smaller, though cleaner as the wind died off. here are some Images of Ben at play. 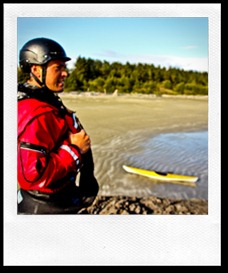 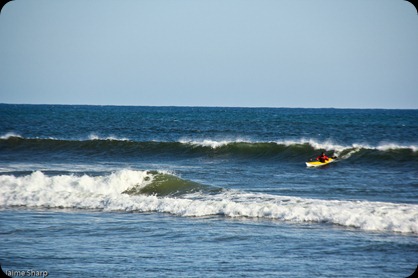 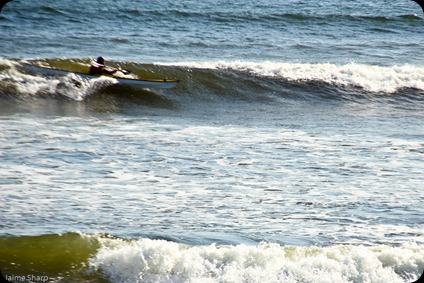 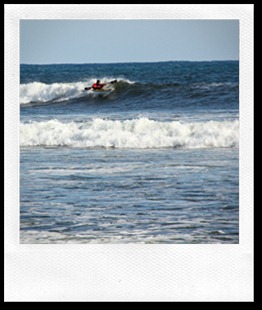 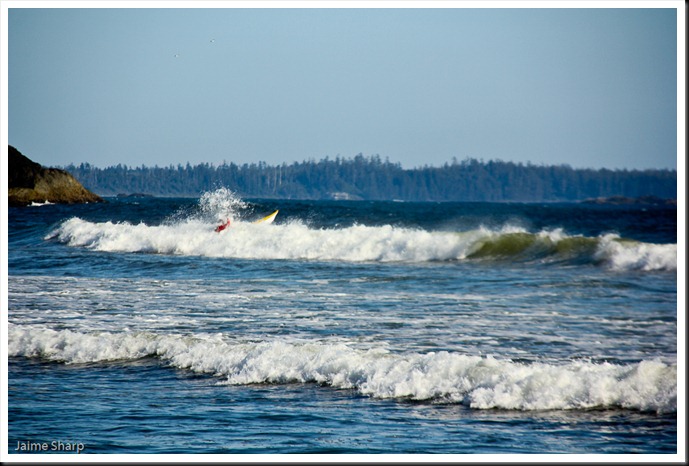 Next session was with Liam two days later, the surf was smaller at most beaches though at Cox beach we found some nice solid steep faces and got a good trashing. In one instance we had to paddle out hard and we ramped up the face and got air of the back of a number of waves. we also went and did a bit of rock gardening out around the point and enjoyed the large surges off the rocks. 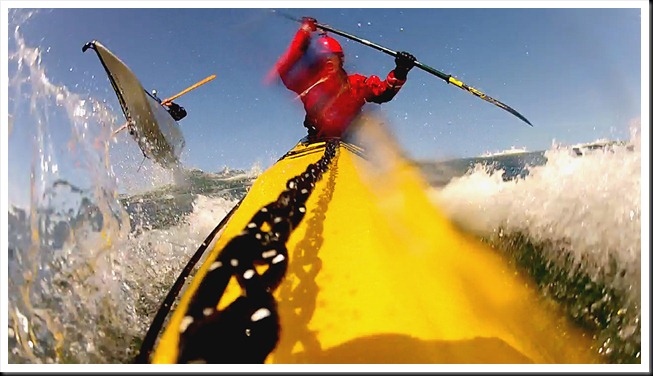 This  TRAK files vid gives you some insight into our panama trip, with living color!