James Manke Coached Me Into my Sculling Rolls Today!

Such and Awesome Feeling to Figure out quite an Odd Roll! Thanks James, you the man.. check out All things Qajaq

TRIP TO THE OREGON COAST 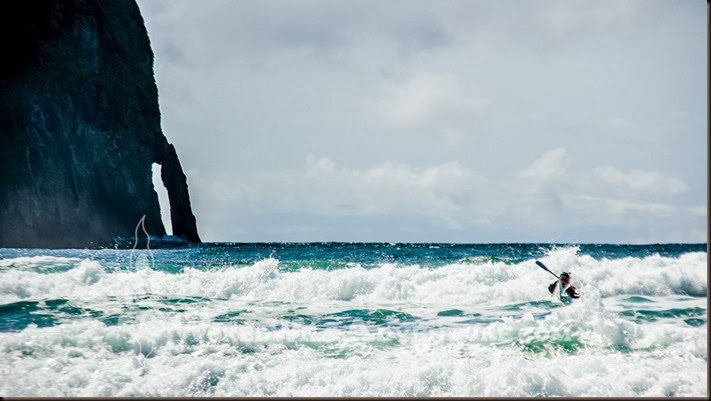 This weekend was all about surf and Tech, TRAK needed to do some testing on their hydraulic system 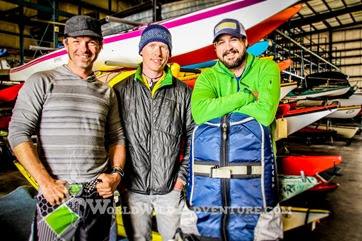 in real conditions, so I headed to the USA. I Seattle I picked up Lloyd Penner and his son Spencer, Lloyd is the engineer for TRAK and he had brought with him a really cool testing system to be placed in a TRAK Kayak, that would measure the stresses put on the system in surf, it also measured the pitch and anlge of the boat and the G forces! so cool.

I also got to meet up with Jason Self and Chris Bensch of Out of Sight Out of Mind (OSOM), who took a couple of TRAK Kayaks on an adventure to Hawaii in their film series In Search of the Perfect Day.

Chris even came out and helped test the boats and off course have a good time. 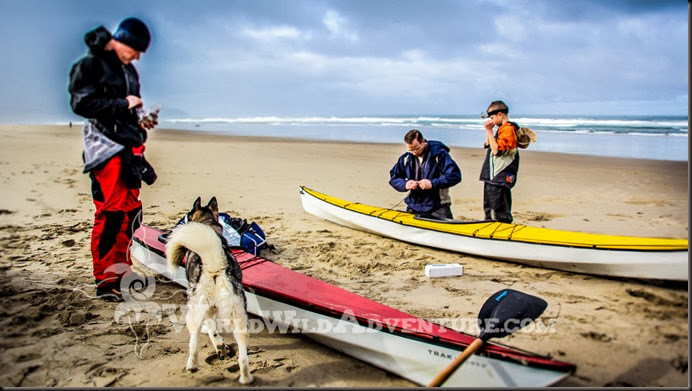 Here is the story as told by Spencer who got to see the ocean for the first time!

“TRIP TO THE COAST”

Errrrrrrrrrrrrrrrrrrrrrrrrrrrr. The noise seemed to last forever. (Just wait a second; I should probably re-wind a little bit and explain a few things.) It all started when I woke up at 3:30 a.m. on April 10, 2013. That was all because my dad works for a company called TRAK® Kayaks, and my dad and I were going to the Pacific coast to test a couple kayaks! So there we were in a cramped turbo- prop airplane. At least I was at the window seat and could see the towering mountains between the breaks in the clouds. But wait! After an hour and forty-five minutes (which felt like forever), I started to see a lush-green city, and there I was staring at Seattle, Washington! Then the plane calmly came to a stop, and I stepped off it and onto American soil for the first time in my life! After looking in the terminal for a little while, we found a man named Jamie Sharp. Jamie has traveled the world in TRAK® Kayaks and is quite amazing! He and Chris (who is another character you will meet along the way) were going to test the kayaks while Lloyd (my dad) would collect data of the pressure in the kayaks.

Next with Jamie behind the wheel, we stopped at a shop called Alder Creek. (Alder Creek is a kayak shop that sells boats and accessories.) 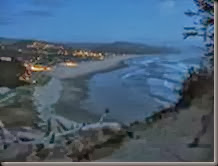 There we learned about some places we could stay and we chose a town called Pacific City, which is in Oregon. So after driving on a little, windy road for four hours we finally got to Pacific City. Guess what happened our second day there? We met Chris! (You see, Chris works at Alder Creek and though Chris had never seen Jamie in real life, he had talked to him on Facebook).

So together, the two of them went “surfing,” which is really just paddling in big surf. Meanwhile on shore, I was using Jamie’s camera and videoing the “fun stuff.” But it wasn’t just for fun, it was also for data. After some videoing, it got a bit boring, and I moved on to building sand castles, playing with jelly fish and standing in the Pacific Ocean! 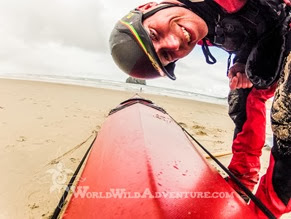 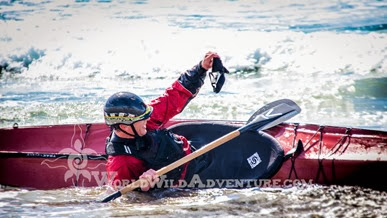 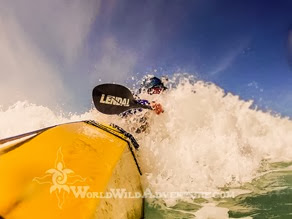 Dad, on the other hand, was collecting data by using a red box that was hooked up in the kayak with a little recording devise that would record the pressure of the jacks. (The special thing about TRAK® Kayaks is that they have three jacks that can make it more manoeuvrable. The skin and the frame of the kayak are made so it can fold into a golf bag). After Chris and Jamie came in, Dad plugged the recorder into the laptop to collect the data. 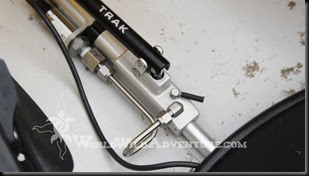 That very same night, we bought a family size pizza and ate it by the ocean blue. Just before we sat down to eat, we watched a whale jumping in the water! The next day we drove all the way back to Alder Creek because they had a shipment of TRAK® Kayaks, and then on to SEA-TAK (which is really the airport in Seattle). We boarded the plane, and flew home to Calgary. 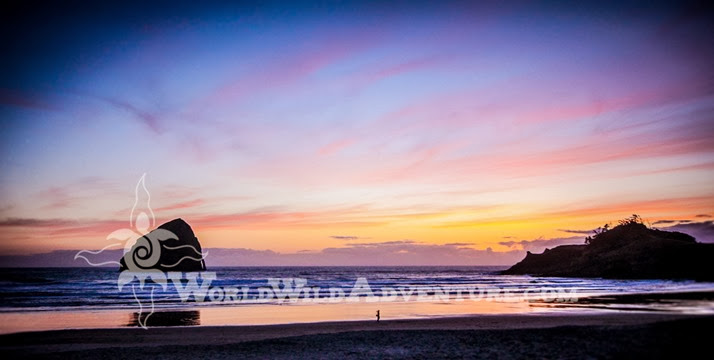 For me, this trip to the coast was one of my favourite experiences, and I hope you have enjoyed learning about my trip!