Exciting Sea Kayaking on the Bay of Fundy

Here is a teaser of a short film I helped with and Produced and edited by Justine Curgenven.

buy the whole 20 minute film (for a price you choose) at www.cackletv.com/shop/downloads

Humpback whales inches from your kayak or multiple beat downs at the Walton 'Whopper' - these are some of the contrasting experiences captured on camera in Nova Scotia's Bay of Fundy. Join top sea kayakers taking on the world's largest tidal range; carving it up in the chocolatey rapids of the Shubie river and seeing how long they can hold their breath in the meaty hole at Walton.

This long weekend the weather was so, so but the flows were awesome. River surfers, Sea Kayakers and play Boaters converged on the legendary tidal rapid in Egmont BC Canada, and I was there amongst it.

Catching the 6.30 am Ferry from Powell river I Rolled into Egmont in the Paddle Wagon and made myself at home at the Back Eddy Camp Ground. This friendly camp and RV park is right on the water 30 minutes paddle (by sea kayak) from the Wave, I was a day late so eagerly geared up and then headed in for the flow. It was a fun few days and so many types of craft where present, I was there of course in the TRAK “Seeker”  folding Kayak, though I had also brought my Bliss Stick RAD WWA Play boat, as the wave was due to be a foam pile for a large portion of the time. Also there was Marty Perry from “The Hurricane Riders” who also had his play boat with him.

There was handful of play boaters from the USA, Canada And Australia present the most Notable was local NRS paddler Drew throwing huge air in his composite Play boat. Other notables where Jacob and Neil from Calgary who are River surfers, they were ripping up Skooks. These two run an organisation Called “Surf Anywhere”, promoting River surfing and sustainable Man made waves. It was a lot of fun to get to know these two and about their project. Check it out here. 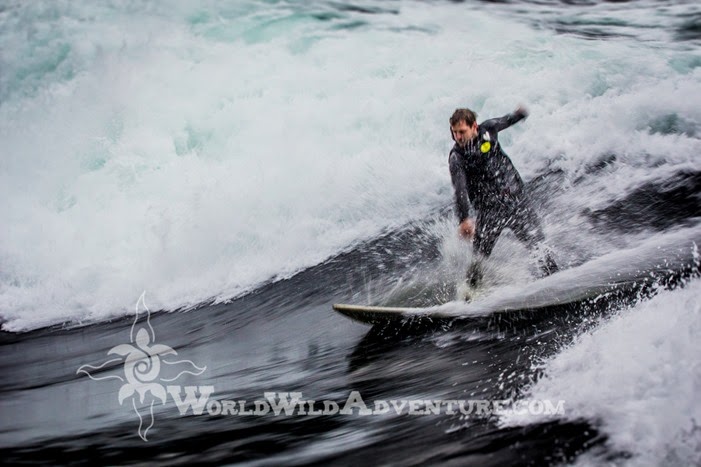 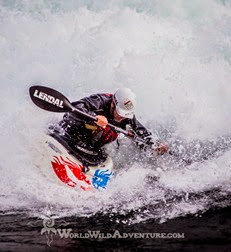 I had some great Rides in my Play boat and then enjoyed some long green rides in the “Seeker”. I was also trying out Lendal NA’s New sea Kayak blade design “the Storm” and it was a real treat to play boat with in both sea kayak and WW boat. It is light stiff and responsive, and Lendals lock system held it solidly in place at the feather angle I know. The Storm Blade is slightly smaller than Lendal NA’s Kinetic 700 Xrange model that I normally paddle, and has a scalloped front face which gives a surprisingly powerful purchase and response; it is a nice addition to their range and my quiver. 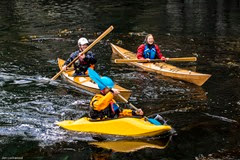 That first night a group of us had a great campfire and beers under the stars of a crisp fall night and shared a few tales. Showing up that night, the Crew from Pygmy Boats in Port Townsend USA; Jon, Freya and Laura had brought with them 3 of their new boat designs, and I was keen to try them all out on the wave especially the Penguino 14, which is a short little Fat boat (145 feet and 25 inch beam). I was intrigued to see how its physics would allow it to surf Skooks, particularly in the Foam pile. the next morning we all paddled of before 8 am to reach the wave as it started to run on the flood tide. it was great to see so many different types of craft on the wave that 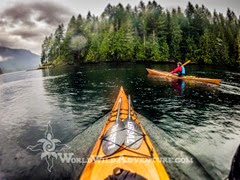 day, wooden sea kayaks and folding, play boats and surf boards. I hopped into the Penguino and got to know it as the wave built quickly to a foam pile. amazingly this boat ripped it up and I was able to actually work back and forth from the big Foam pile to surfer left and back, getting big drop in carves. The next day I took out the “The Silke” (14 feet and 22 inch beam), and this boat too ripped in the Pile, but needed much more aggression to turn. “The Silke” was a breeze to get pop outs of the pile with. 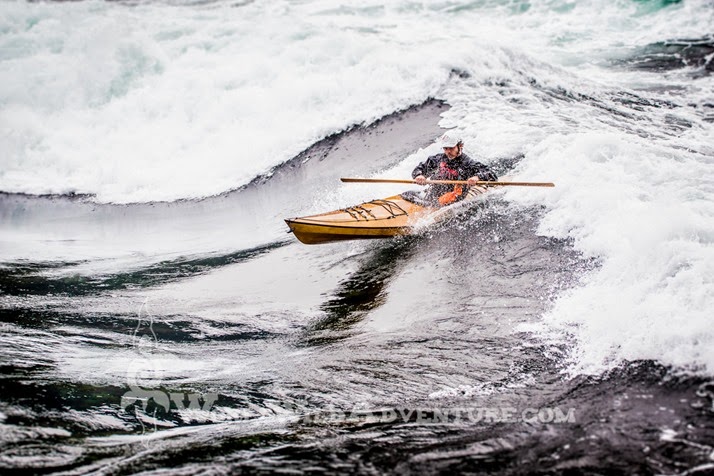 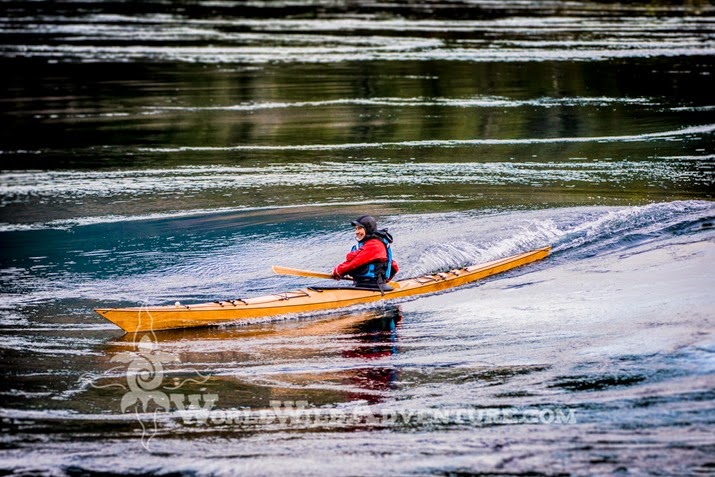 That last day I was pretty much the only one on the wave, though while it was smaller Freya Fennwood got her Pygmy boat (named after her) out on the glassy wave and really was stoked to be riding the wave at a bigger flow than she had before. Another first was for Laura Prendergast from Pygmy to get her first Rolls in Dynamic water. It was a great weekend for all. That day I ended paddling for 4 hours nonstop, so fun and I got some epic rides, though now I am buggered. I sit in my Van at Back Eddy Campground recovering and doing work on the computer. Next to Vancouver, and if the rains allow, some Creek boating!

I had a great time and made a bunch of new friends and learnt to push my paddling in a new direction with these little wooden boats, which is always super satisfying.

Thanks to all for the Stoke, Inspiration, and Great equipment. 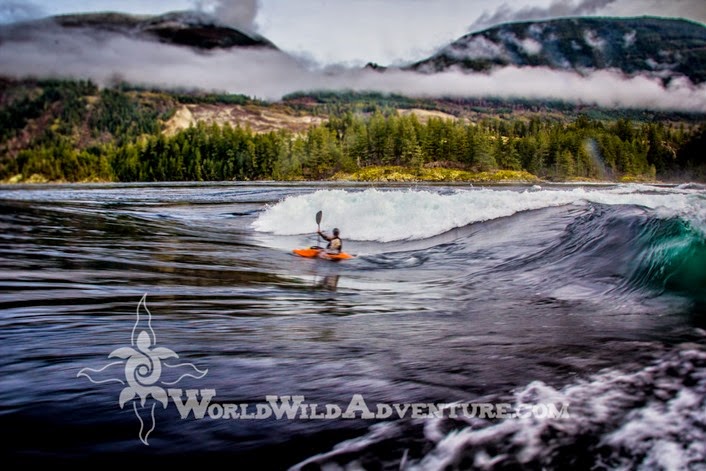