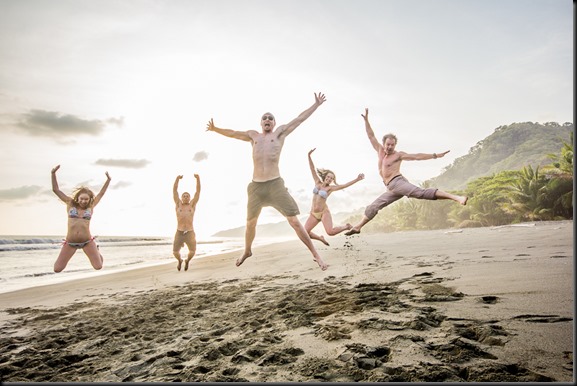 My first week in Costa Rica has been spent helping run an Client Group on the Osa Peninsula with Martine Racette. This Itinerary will become apart of my Company “World Wild Adventures” Key trips offered in Central America, and offers a wonderful rustically luxurious soft adventure trip for people keen to see one of the most amazing places in the America’s. 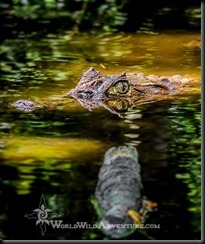 I personally have travelled extensively through central America over the last 7 years and spent a lot of time in the jungles and on the coasts of the area, though no place beats the Osa with Wildlife and Natural beauty. Four Species of monkey, Scarlet Macaws flying around like seagulls, primary rainforest, pristine ocean beaches and sheltered inner Gulf, friendly people and endless adventure options, this place is a mecca for Wilderness adventure seekers, surfers, fishermen and people who just want to escape and relax from the rush of modern life. 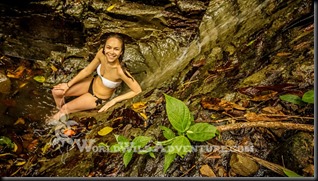 The lodge we stay is is called “Finca Exotica” or exotic farm in English, it is a sustainable eco lodge designed and set up by Markus, an eccentric German architect who originally planned it as an Artist retreat. The place has grown over the last 13 years from old clear cut farm to a bustling beautiful jungle orchard. The property is littered with fruit trees and edibles, with quaint little tepee tents and Cabaña's nestled about the premises (Some with astounding ocean views from aloft the hillside). Organic fresh food is served at the open planned Dinning room/ Bar/ communal area which sits half way up the hill and boasts a large deck with amazing views across the canopy to the ocean. Higher still is a wonderful yoga platform that gives you a large vista form its open walls out across the jungle canopy, the surf beach and the Pacific Ocean. Nothing beats a early morning session of sun salutations gazing across the blue, while Macaws squawk and fly in pairs between the trees and Howler monkeys great the new day with a roar of appreciation. 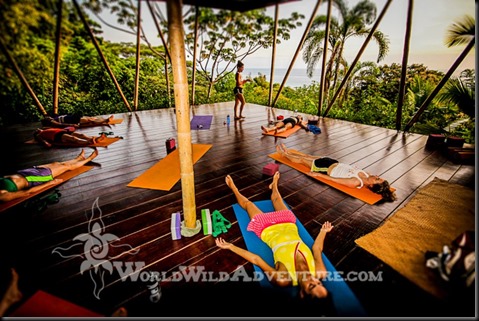 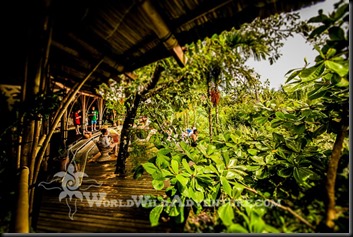 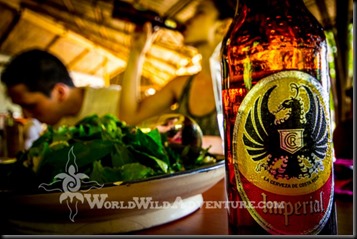 I have enjoyed the experience immensely and so have the clients, daily hikes and activities, of kayaking, horseback riding and hikes to stunning waterfalls where you can swim, interspersed with beach time and educational talks and Naturalist walks, keep everyone intent. Martine is originally from Canada though has

been living and operating soft adventures in The Osa for 7 years, she has been telling me about its magic for a while now and I am now relieved to know it. I am happy to have my friend Martine Joining our World Wild Adventure Team and together we will bring some amazing trips on the Osa to people looking for that special trip to a special place. The next couple of weeks we will be exploring the Osa to get to know it better and create a more involved expedition style Itinerary for clients that explores more of the Osa and involves, Kayaks, horses, Hiking, and Camping out in amazing places. So stay tuned as I share the adventure that unfolds. 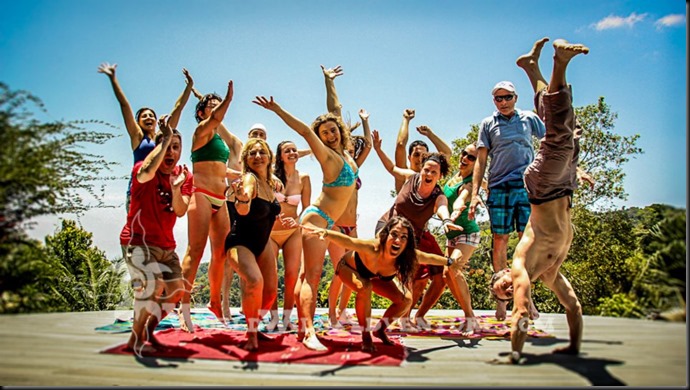 I have just arrived back in Seattle after a great weekend in Wisconsin at the Canoecopia tradeshow. This was my first time at this show and I was wonderfully surprise by the event, not only was it a condensed toy store of most of the latest and greatest paddle sports toys, but also of all the tried and true goods, pool demos, instruction and speakers from all over the world.

I was here to represent TRAK Kayaks and share my stories of the boats in action and help sell the product off course. The cool thing for us with our booth this show is the addition of a big screen stand that can support two TV’s, and also the addition of a big banner reading TRAK performance Kayaks two images, one of myself surfing the TRAK at Surge Narrows and the other of Allie Carroll paddling in a tidal lagoon on Isla Coiba in Panama. It is a nice addition to the booth, really stating TRAK’s presence, while the TV played a loop of the TRAK Files Series and some rough water footage of the boats in action. 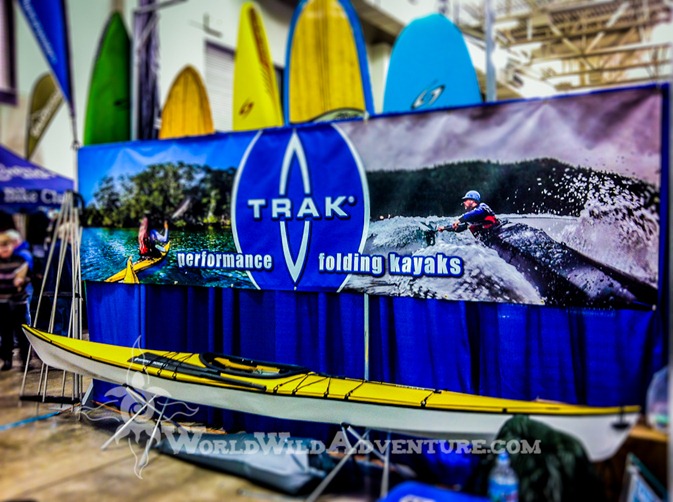 I got to attend some great talks, particularly one by John Turk about his Ellesmere Island expedition with Eric Boomer, A journey where there was more walking and dragging kayaks as rafts than there were times that they actually sat in the boats and paddled. This journey was a huge undertaking and almost killed Jon, though hasn’t seemed to have slowed him down and at 6? He is still planning amazing trips to come. Jon is a most entertaining speaker and has a great way of sharing his adventures and conveying some of his deeper philosophies in life. Jon and I talked more about some concepts of adventure and of ideas to come; I am excited to here more of his new adventures as they develop this year. Read more about Jon’s adventures and his books at his website http://jonturk.net/ 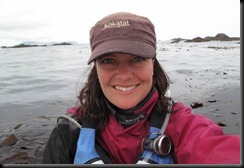 Justine Curgenven was also a wonderful speaker and I attended her talk on her Tierra Del Fuego Expeditions, and how the first attempt was aborted due to injuries of her paddling partner Barry----- then continued to success some time later. Justine is an amazingly honest and open person who shares all the honest highs and lows of her journeys in a very exposing way that other people would more than likely shy away from in horror. This willingness to share the true nature of adventure, with lows and highs, the journey of the mind while on these trips is most amazing and I respect her immensely for it. Justine’s Website here http://www.cackletv.com/

I was lucky enough to share some tales with Justine over a couple of pints, and then there was the band at the Canoecopia event on Saturday.....half the room couldn’t resist dancing to the “Rasta Billy” band Mad Polecats http://www.myspace.com/madpolecats, they were a great Fusion of Blue Grass and Reggae and did fun covers of Led Zeppelin, ACDC and more. 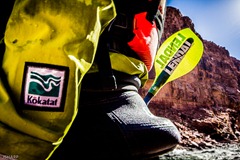 I also was given a new tool (or toy depending on how you look at it) from Lendal. one of their new Rebel White Water Paddles, customized to my preference. The prototype Rebel paddles had been used by us on the Grand Canyon Sea Kayak project over Christmas and I had been also using one in the surf and in Canoe Polo games, so I am keen to give the new production version and good beating.

The last day was a tiring one for most as we had been up till 2am dancing and now we worked the show till 5pm, packed up the displays and then headed out into the strangely rainy night of snowy Madison to have burgers before I crashed.

What a fun venue, if you get the chance to attend in coming years I recommend it. Now I am prepping for travels to Costa Rica in the next couple of days, bring on the surf, sand and jungle.