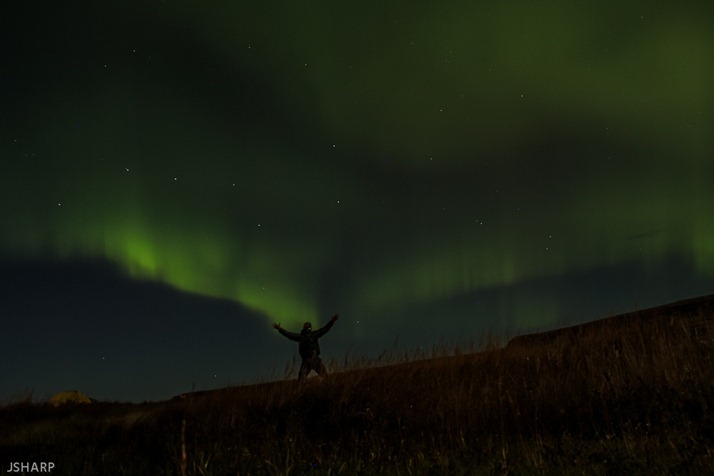 Since I was a kid my father had spoken of the fabled island of Newfoundland, the fishing villages, the music the people. My father wanted to visit and by osmosis so did I, now years later given the chance to road trip to Newfoundland in order to get cheaper flights back to Toronto, I jumped on the chance and so did the rest of the crew. Tom was looking to move to Newfoundland, Dan Came from and lived in St John’s Newfoundland (so it was a natural direction for him to go) and the other three of us would save big money by flying out of Deer Lake, rather than goose bay (e.g. for me to Toronto, $1400 from Goose Bay, or $500 from Deer lake); Plus we all liked adventure. 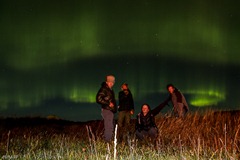 After an initial night back in Goose Bay at a cheap hotel to bath and resort, packed down the GMC Safari once again (this time with 5 people, a dog and all our personal gear) and headed off down the dusty lumpy “Trans Labrador Highway” to the ferry at “Blanc Sablon” which happened to be back in Quebec.. The drive was dusty and we all had to wear handkerchiefs, shirts or cloths about our faces to reduce the dust we breathed, even despite a well sealed car finally at the end of the dirt road three hours later, we opened the back to shake out the sand beach that had formed. It was a beautiful day though showers were forecasted to come soon. That first night we camped out on a point in Blanc su blanch by the water, and cooked pork chops and fish over the fire, and then enjoyed the second best northern lights show we had seen on the trip, we all eventually wondered of to bed late, needing to be up early in the morning to catch the first ferry to “The Rock” (Newfoundland - pronounced “new FINLAND”). 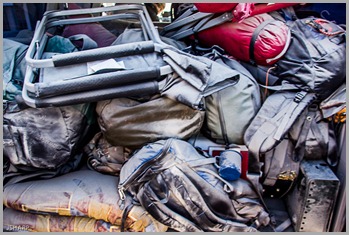 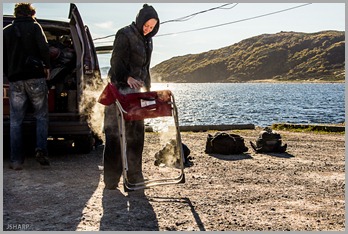 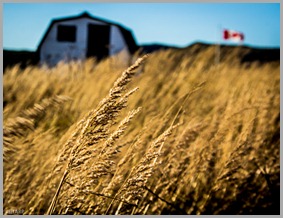 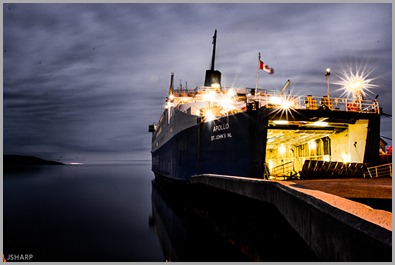 Now the crazy thing here is within two hours of being on the island of Newfoundland, we drove past a sign showing the silhouette of a Caribou (warning us that they may be present), we joked about how funny it would be to come across a Caribou on the side of the road, now that we have just spent 3 weeks looking for them in Northern Labrador.

“Caribou” exclaimed Adele... and so there was! Right there on the side of the road was a large stag wandering across the island Barrens. We got to stop and watch him wander off into the trees, though he never gave a chance to get a great photo, still it was lovely to see one finally. The rest of our day entailed driving out to L'Anse aux Meadows and the Viking settlement of the fabled Vinland. It was amazing to see the similarities of this historic Norse site in Canada to the one I visited a couple of years back in Borg Norway. These Vikings sure got around back then. I was also amazed at how much the entire coastline and the villages looked like the coast of Norway, I hope to return here (Newfoundland) too explore some more by Kayak, as I have done in Norway, Perhaps a circumnavigation? 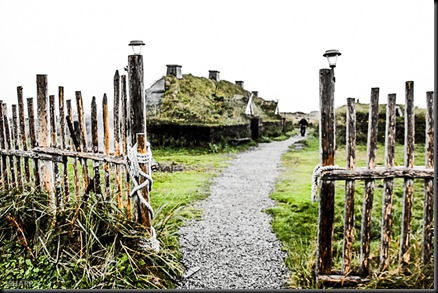 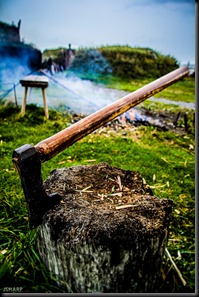 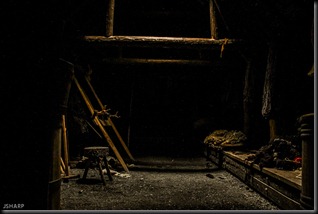 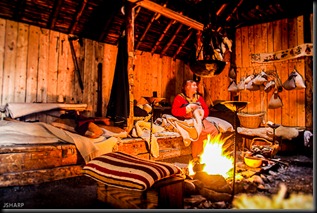 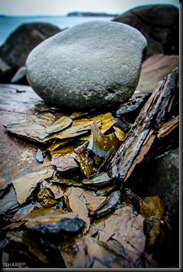 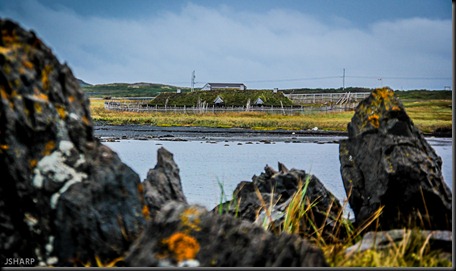 That night we camped in the rain using a picnic area we were directed to by locals. It appears everyone here is very excepting of tourist camping out for free in the green spaces, though they all come and drive up to have a quick look at us and then drive off again. As we set up that night and again in the morning some 12 cars must have driven over from the nearby village to look at us briefly turn around and return. No one even spoke to us though. It was quite a funny situation, we almost felt like zoo animals, or the Caribou we had stopped to look at ourselves.

The rest of our Journey was a quick drive through various sea side villages for moose burger lunches and pints of local beer, the most memorable being “Ice Berg Lager by Quidi Vidi Brewers”, to make this beer the brewers use water from the icebergs that float down to Newfoundland from the arctic glaciers. Quite a fun idea and a very refreshing beer in a stunning blue glass bottle. Our last night was spent with another of Dan’s friends, Margaret, who was very generous in sharing her wonderful little house with all five of us and a dog in Corner Brooke. 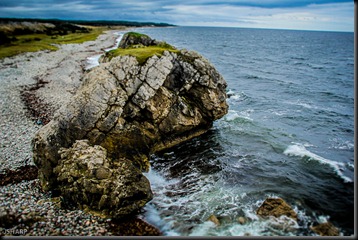 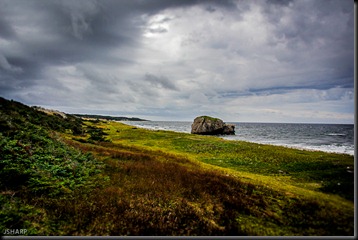 Our time in Newfoundland was simply a teaser for me personally and has ignited a taste for seeing more; when I can I must return to explore some more.

I now fly onwards to Toronto and then to the UK for some Paddle training in the BCU (British Canoe Union) system, to do some filming and to finally set up the new WORLD WILD ADVENTURES Travel Company, with my business partner Rhoda Mcgivern. Big exciting things are a foot, and the adventures are only just starting. 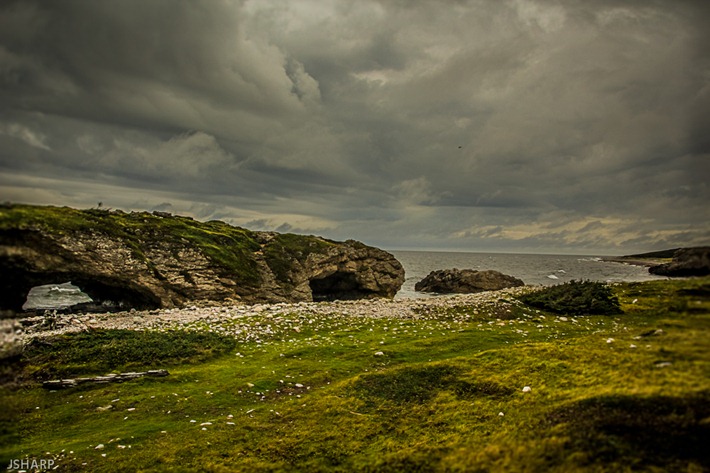