TRAK on Tour Begins Sunshine Coast and the Skooks’

I am finally on the Road; the TRAK on Tour project has begun, I will be spending the Northern summer traveling the West Coast of North America from Canada to Mexico and back and so far it is a fun challenge of balancing work and life on the road with the need for a life slightly apart from work, and getting some white water boating in. 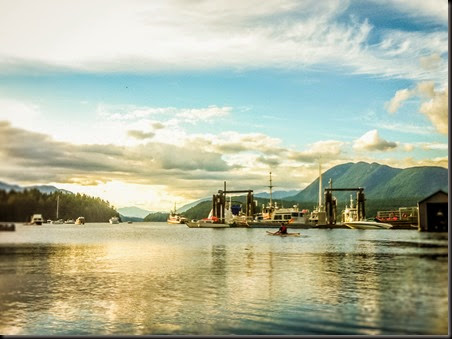 My old bus has been wrangled into service and will be transformed over the next couple of weeks into a rolling billboard and house for the trip. So far I have visited Shops on Vancouver Island from Victoria to Campbell River, though the fun really started once I crossed on the ferry across to the Sunshine Coast. This area is an old stomping ground, and it was great to catch up with old friends the first night at dance party in Lund (at the end of the road heading north). The next week was a good balance for shop visits from Lund to Gibson’s landings with some great kayak fun, Paddling sea kayaks and K1’s out from Lund and then Ripping it up at Skookumchuck narrows at a 14knot current forming an awesome late evening wave that allowed stunning sunset surfs. 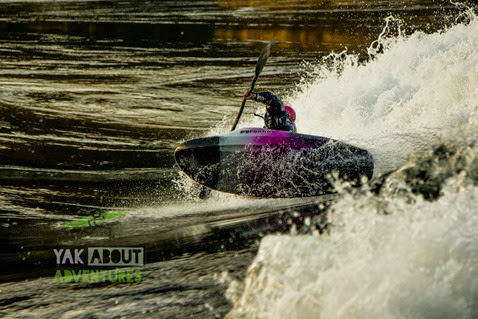 I got to share the wave with some of the Team Pyranha kayakers, including Dave Fusilli and Hailey Mills, it was inspiring and humbling to paddle with these great boaters, and I even managed to help amp them up about rough water sea kayaking at the same time and teach them a few tricks. Between a TRAK Seeker, a Jackson Karma RG and a P n’ H Hammer there was a great representation of Sea Kayak/ Long boats, alongside the little Carbon Jed play boats that the team had. The wave was big and quick to form at this tide exchange and the foam pile was large and surging. I started in the TRAK Seeker making the most of the big green face and small erratic foam pile. It is always exhilarating to get big fast carves out of the the Seeker especially on a large fast wave like this. soon the foam pile was to large a prominent and I switched to the Jackson Karma. The Karma mad good with the big pile, being able to side surf, back surf and almost flat spin. The nose was quick to engage and ender and at one point I almost got a front loop out of the 11.5foot  beast. a couple of hours later I was exhausted and the eddy fence into the wave had got to big that the Karma RG wasn’t getting across. I at this point below a firey orange sunset sky, had a surf in the Hammer and with its slightly longer length and rockered nose it was still possible to drive on to the wave while all other boats had to walk up above the wave and then drop in. Soon the darkness settled in and we had to leave the wave ( still roaring and asking to be ridden) behind as we all headed to lay our heads and sleep. 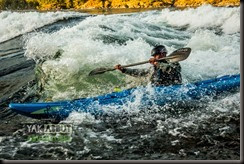 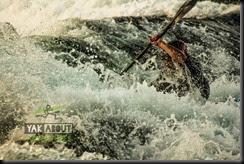 Unfortunately the next day I had to keep rolling, though longed to stay and play on the wave for the coming week. I said goodbye to the Pyranha team and would see them again in a few days the MEC paddle Fest in Vancouver and a week later in Victoria.