A Week In Santa Catalina 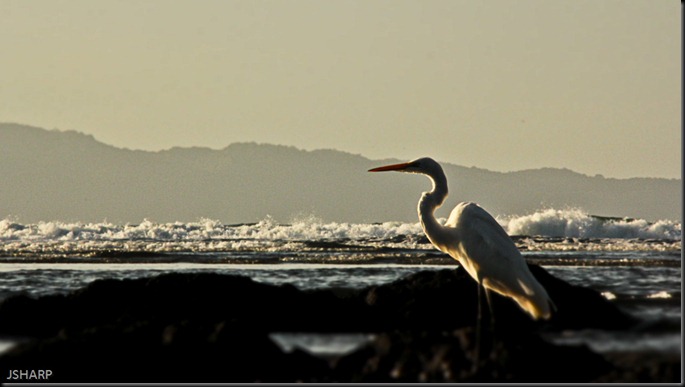 "The weekend is now over, with the last of the weekend warriors headed back home to Santiago and the surrounding areas, leaving Santa Catalina a sleepy beach town once again. For two days, cars full of youth and of young families would line the shoreline, bringing surfboards or boogie boards, some with lawn chairs and toys for the kids to spend the day playing in the waves. Others though, the flash young adults of the big city would stay behind at their cars, open all the doors, the boot, the hood even! and have a tailgate party, attempting to win over their neighbour by playing their terrible reggaeton noise louder than the next. All day for 2 days did we hear nothing but this cheesy obnoxious music. (I like to think of it as the Latino version of Bollywood music but even then I think I like Bollywood better) They would drink their beers, and stand around looking for people to admire them."

"Santa Catalina has no ATM’s, no grocery shops...the only amenities consist of restaurants, hostels, a few dive centers, plenty of surf rentals, (mostly attached to the various accommodation or restaurants) a police station outfitted only with ATV’s, one lawyer, a small school, and a teeny little library. But no groceries. There is one poor excuse for a corner store that sells a few cans of sardines and packs of rice, with a fridge stocked of a handful of juices and single serve tetra packs of milk. I’m not really sure what the point is of them existing to be honest. There is one lodging that is owned by an American couple that offers massage and yoga a few times a week." Other than that, this is a sleepy laid back "tranquilo" town, just how everyone who lives here loves it! 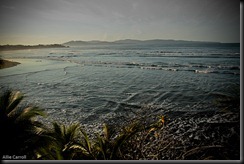 The Beach Here is Stunning Called "Playa Estero" ( Estuary Beach in English) as it has a little estuary mouth right at the start of it! Here there is a wonderful forgiving beach break, great for beginner surfers and long boarders, though when the surf picks up it is awesome for advanced surfers too. there is a small rock reef in the middle which makes a wonderful left hand break, great for Goofy footers like me (people who stand right foot forward). Around the point from "Estero" is the famous

Wave Break of " La Punta" (The Point) touted as the best point break in Central America. This little Town is a surf paradise, however the coastline is scattered with little coves and islands so the possibilities for exploring by sea kayak are also endless. What brings me here; apart from being able to Surf in the mornings and evenings and work on my computer doing film editing and graphics work for TRAK Kayaks in the afternoons, is Isla De Coiba. 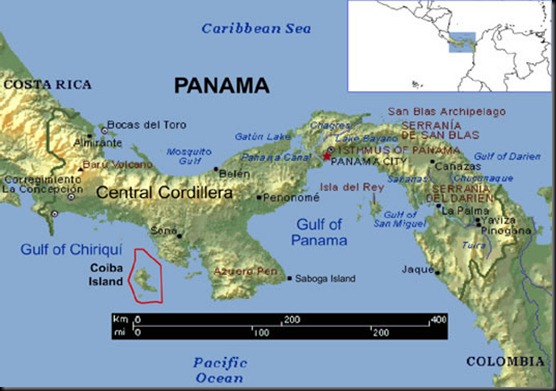 Isla De Coiba (Coiba Island) is a National Park, the center of one of the world’s largest marine parks and a UNESCO World Heritage Site. Until 2004, Coiba was also home to a penal colony. The park itself, founded in 1991, is made up of 38 different islands and is home to the 2nd largest coral reef in the eastern Pacific. Coiba is the largest island in Central America (50,314 hectares) and the marine park covers 430,821 hectares. The marine life is incredible in the park. There are orcas, dolphins, humpback whales, sea turtles, huge manta rays, tiger sharks, hammerhead sharks and much more! The beaches are nesting grounds for sea turtles, and the island itself is home to at least 36 species of mammals and 150 species of birds. 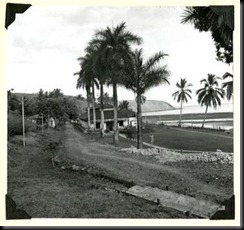 has one of the last concentrations of scarlet macaws in Panama and Central America. Around 80% of the island is still pristine rain forest. The presence of the penal colony ("1919 -2004 the prison on Coiba was a feared place with a reputation for brutal conditions, extreme tortures, executions and political murder. Nobody knows exactly how many people were killed in the prison during this period, but sources claim that the number could be close to three hundred. As such, the island was avoided by locals" Wikipedia) coupled with the fact that it takes a 2 hour motor boat ride to get to the island, means that the park and Coiba itself are largely untouched. The main Mission for us is to attempt to Circumnavigate Isla De Coiba.

Until then we Enjoy our ocean side camp site at Surf point Hostel ($5 pp a night for camping), I love waking up to the surf right out my door and grabbing my board. A hop skip and a jump and I am riding sweet warm waves in the morning Golden light or fiery sunset glow. 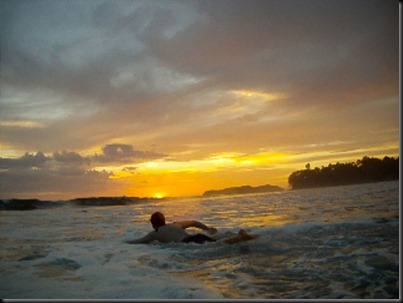 "Our spot at Surf Point is absolutely perfect, being 5 steps down to the sandy beach, perfect for the mornings to wake up and head straight for the waves or to a shady spot for some yoga. However, there are no kitchen facilities here, but a wonderful restaurant called Mama Ines. The whole place is run by a Panamanian family of 4 brothers and their sister who is married to a Frenchman named Yann. He’s the one we deal with mostly, as he runs the front of house serving our meals, keeps track of rent and can speak the broken English needed for those travelers who don’t yet have a handle of their Spanish. I love it because I can speak French with him, and his English is pretty limited so we find ourselves using a great mix of French & Spanish." 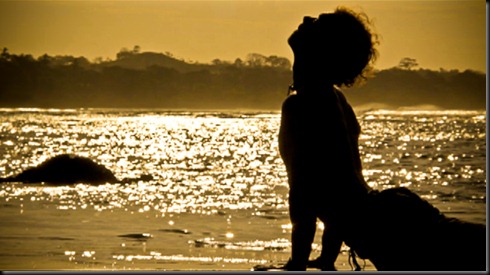 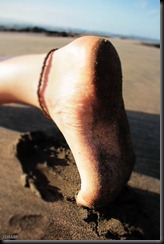 "We awoke this morning with the sun at about 9am maybe? Blazing hot in the tent regardless. There were barely a handful of people out surfing yet which was my first clue to the weekend being over. My skin needed a break from the sun today so instead of our morning session in the waves, we spent it in the shade practicing yoga, as a group of tourists on horseback passed us by, surfers headed off in the distance. It was heating up to a grossly hot day." 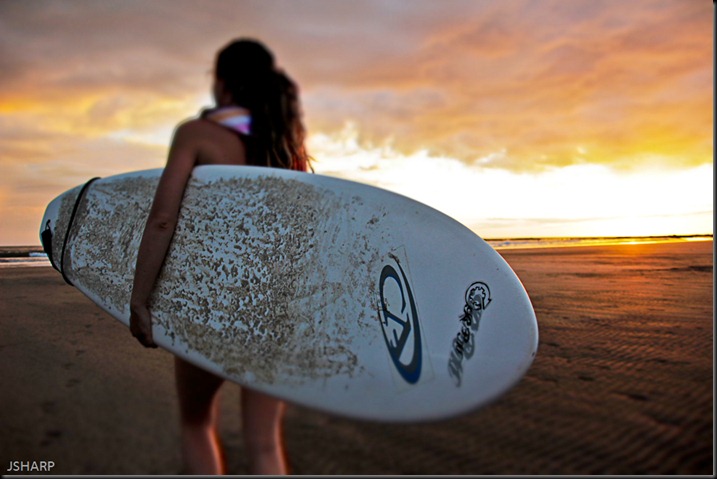 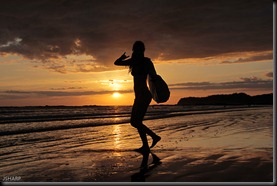 "The best part of the day was heading out for a sunset surf, water still warm, our faces aglow with hues of pink and purple. We were the last out of the water by a long shot, the hunger in our bellies finally drawing us out (in the dark of night) and Pulling us in for dinner on the balcony overlooking the beach. A barefoot after-dinner walk meandering the quiet road into town under a black night sky, watching for shooting stars and enjoying the peace and quiet of the night....well, it’s exactly as I hoped for when dreaming of these nights back in Vancouver. "