In the Night it poured with rain, we awoke to a soaking wet tent floor as the ground sheet had been sticking out from under the tent and collected the rain. Taking time that morning for some photos and to indulge in some filming, we eventually left Granito de Oro and headed for the Islands that spanned the gap to the mainland. On this morning journey I quickly found myself doing a deep water snorkel entry from the kayak to film some colorful fish feeding on the surface, this turned into some really nice free diving for me in about 45 feet of water, allowing me to film the kayaks from below and experience the presence of numerous curious fish including about five large Cubera Snapper. Back on the surface the water was so thick with Zooplankton I could barely see where I was going, some even stung my wrist a little. Back in the TRAK Kayak we were once again under way for the islands leading to the mainland. 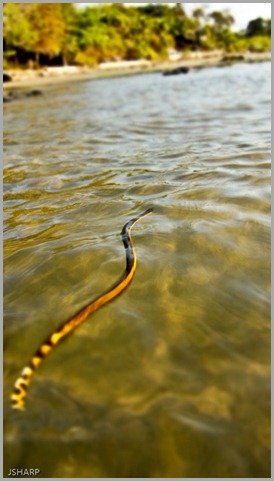 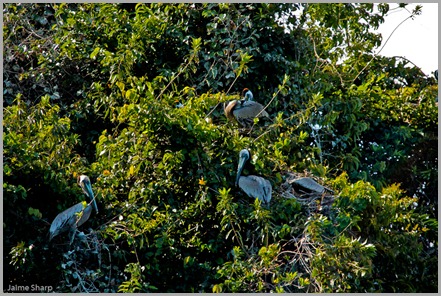 Arriving at the first Island, “Isla Rancheria” we enjoyed the nesting area of pelicans on the surrounding islets and then headed off on our 5.5 KNM crossing too Isla Canal De Afuera. This is where Allie came across the first Yellow Bellied Sea Snake sitting on the surface resting, the beautiful yet deadly snake happily floated about my boat as I took some pictures. Luckily these super toxic snakes are not aggressive and also have very small mouths with rear fangs, making it hard to envenomate a large target like a human. 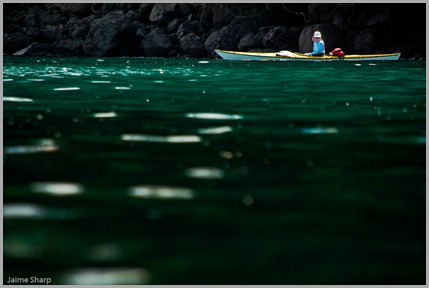 An hour into our crossing and Allie paddles alongside another Yellow Bellied Sea Snake, wow cool, we are seeing a lot of these snakes. The crossing was calm and beautiful, with lots of turtle sightings, some dolphin, lots of big fish sightings and then on arriving near Isla Canal de Afuera we came across some strong currents. Battling the currents that swirled along the cliffs of the Isla we eventually made the 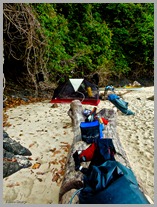 West side and tucked into a beautiful channel to find a shaded spot for lunch and a swim, then after a siesta in the shade we paddled a few minutes more to find a good beach to camp on, most were very sunny with no shade and had very little room above high tide for camping as they affronted cliffy banks. We found a nice one easily enough, made a fire, cooked some cheesy buns in the Dutch oven over the fire to go with our soup and also another loaf for the next two lunches, and then enjoyed a good night’s sleep. 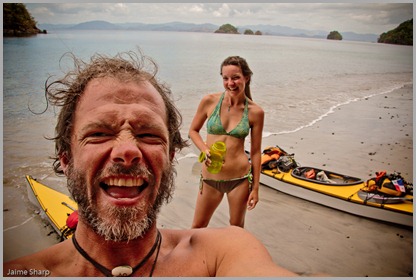 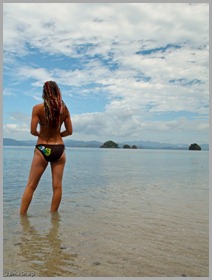 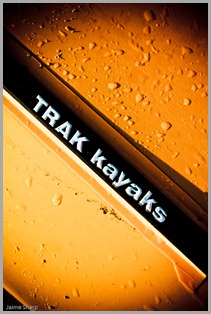 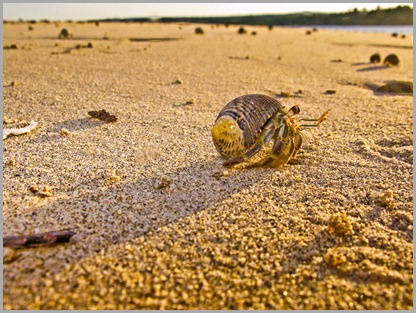 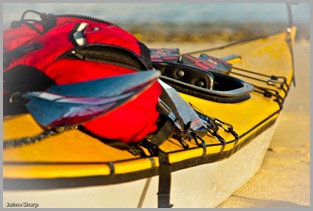 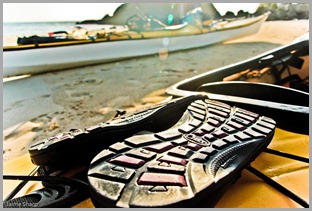 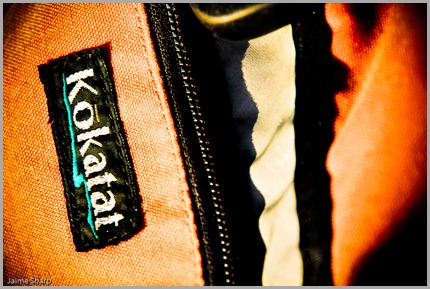 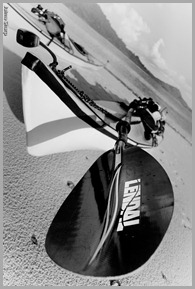